This study explores Muḥammad ‘Abduh’s (d. 1905) attitude towards interpreting the Qur’an as a source of scientific knowledge through analysing the fruitful phase of his intellectual project in which he wrote a commentary on some chapters of the Qur’an. Relying on three arguments, the study concludes that ‘Abduh rejects the notion that the Qur’an is a source of scientific knowledge since he claims such scientific phenomena are mentioned in the Qur’an for the sake of reasoning only and knowing God’s blessings. The three arguments are: first, ‘Abduh’s hermeneutics in which he stands with the philosophers’ ones against the scholars’ polemics. Second, applying the rule “al-dāl ‘ala al-wuqū’ dāl ‘ala al-imkān” (Its existence is a proof for its possibility to exist) on his commentary and thus a clear statement shall prove his attitude. Third, reading ‘Abduh’s project as an attempt to revive Avicenna’s hermeneutics through modern science. In addition, the study compares ‘Abduh with Bultmann’s demythologisation and concludes that ‘Abduh’s medieval philosophical expertise – Kalām – in addition to the nature of the language of the Qur’an prevented him from fully rejecting the worldview of scripture as what Bultmann did. Lastly, I have argued that the Qur’anic concept of God in addition to the cosmographical one could be demythologised in accordance with ‘Abduh’s hermeneutics. 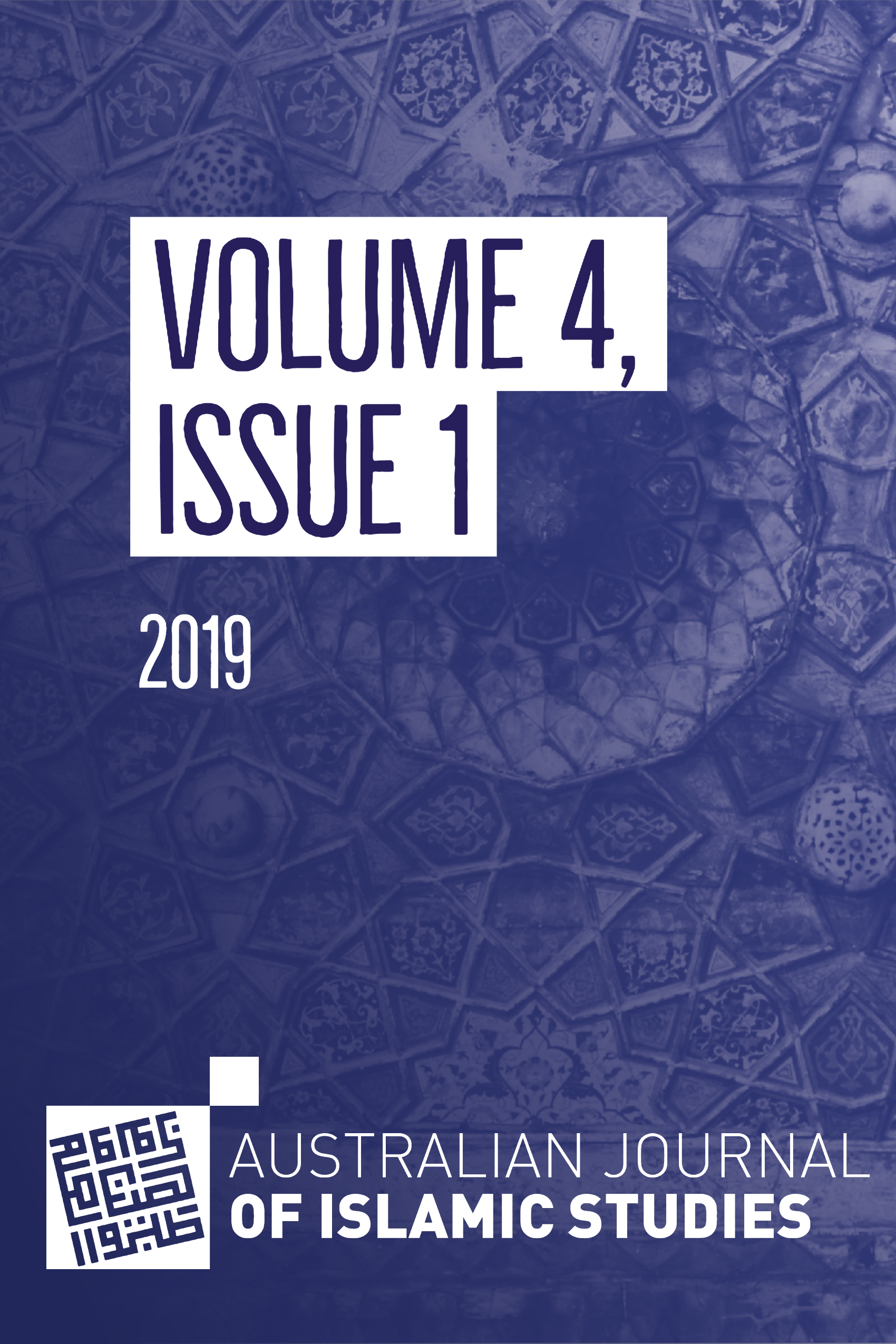 This work is licensed under a Creative Commons Attribution-NonCommercial-NoDerivatives 4.0 International License.

Authors retain copyright and grant the journal right of first publication with the work simultaneously licensed under Creative Commons Attribution NonCommercial No Derivatives 4.0 Australia that allows others to share the work with acknowledgement of the work’s authorship and initial publication in this journal.

The Australian Journal of Islamic Studies is an open access, double-blind peer-reviewed journal dedicated to the scholarly study of Islam. The journal publishes original research articles, essays and book reviews related to Islamic sciences to promote the flow of ideas, exchange and discussion of research findings. To find out more, please see the About the Journal page in our navigation menu.

Authors must adhere to the Author Guidelines found in the How To Submit page in our navigation menu. Failure to adhere to AJIS requirements will result in the rejection of the submitted article.